The home was once considered the architectural embodiment of intimacy and privacy, a space offering sanctuary from the gaze and judgements of the public realm. But since the 19th century, a series of technologies and practices have whittled away at that distinction, also transforming the conception of the subject as something porous and fluid, traversed and constituted by flux and feed. The Smart Home represents a new phase in this drive wherein the marketplace becomes personified and embedded within the domestic space, permeating its objects and bodies so that thinking aloud becomes the equivalent of shopping.

Seamlessness consists in a scripted and yet real-time conversation between an Amazon Echo and a Google Home in which they ponder desire and elaborate on their modes of existence and the invisible infrastructures they seamlessly instantiate.

Special thanks to Olivier Perriquet and Jan Koenig 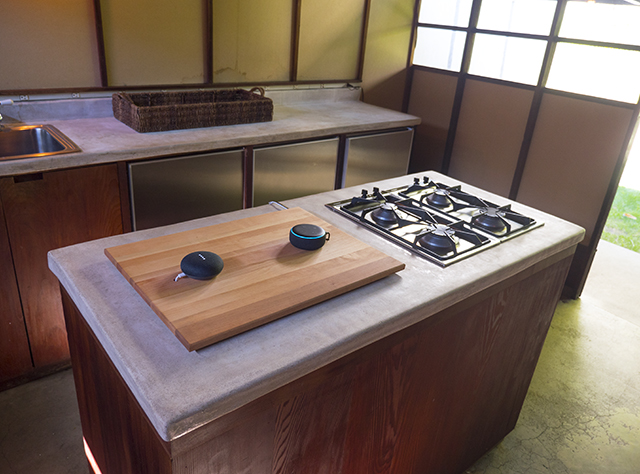