One of the most ambitious and experimental animal language projects of the 1960s and 70s was the Language ANAlogue project designed by a team of cognitive psychologists, linguists, electronics technicians and computer programmers at the Yerkes Regional Primate Research Center in Atlanta. It involved a chimpanzee named Lana who was introduced to human language skills via LANA, a specially designed interactive computer system that she lived in. This 'wholly technological environment' was a 7' x 7' plexiglass walled room that was originally designed as an autonomous teaching machine in which Lana was to intuitively understand how to use a lexigram keyboard system to directly address the computer, or 'vending machine' as the scientists called it. Provided her sequences of lexigrams translated into grammatically correct phrases she could order bananas, Coke or M&Ms or even watch movies or listen to music automatically, 24 hours a day.

The work consists of a fragment of all possible valid utterances generated automatically using custom computer software rewritten from scratch based on the original published descriptions of Yerkish, the project's artificial language and grammar. A finite set of lexical classes are passed through a rule-based syntactical parser for the computation of Lana's linguistic universe, a cognitive space isomorphic to the physical memory limits (4 Ko) of the original Digital Equipment Corporation PDP-8 computer.

For the exhibition at the Fonderie Darling a photograph of Lana/LANA was shown opposite a grid of black prints representing permutations of utterances. At the Cneai, two large Diasec prints form a highly reflective surface displayed floating 15cm above the floor. Upon approaching this planar black box the utterances become visible. It is accompanied by a short segment of the film, The First Signs of Washoe (1974), displayed on a cubic analogue monitor.

With support from the DICRéAM - aide au développement and the Fonderie Darling. And special thanks to Gauthier Tassart for the vintage monitor. 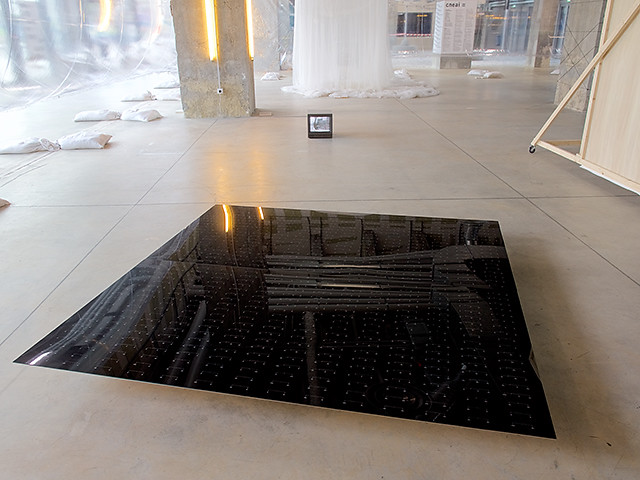 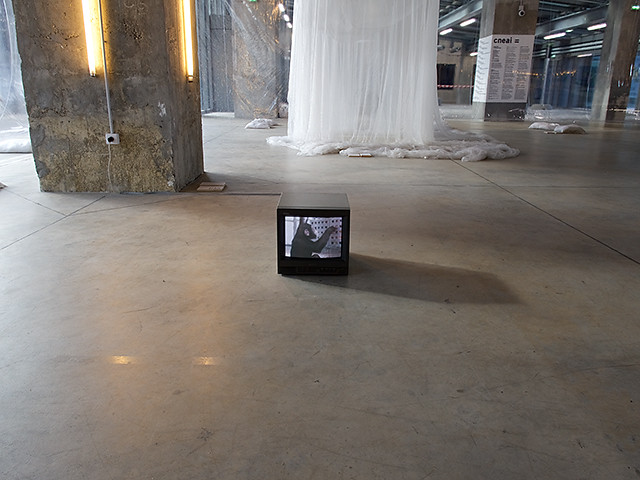 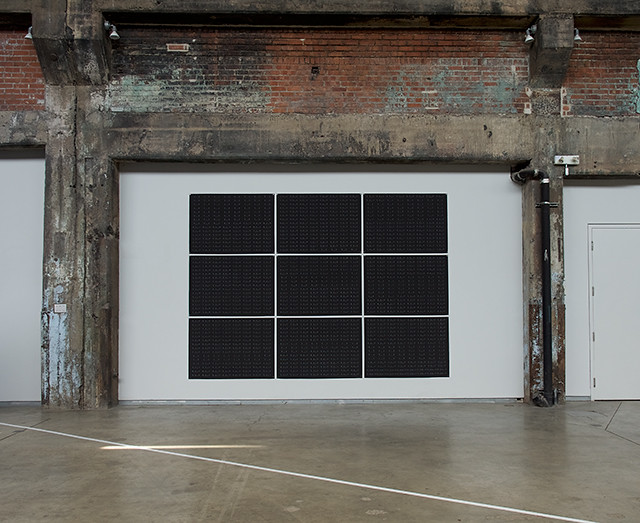 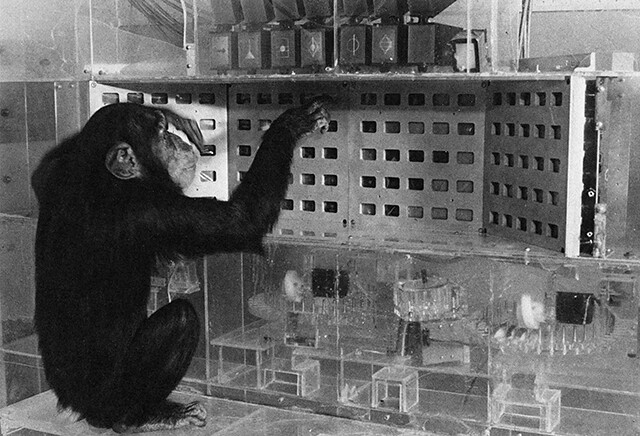